The children of Hugh Lee and Sarah Bates Lamanac are the grandchildren of J.B. (Jay) and Lois Sims Bates. This photo was taken in 1955.
Posted by Unknown at 12:21 PM No comments: 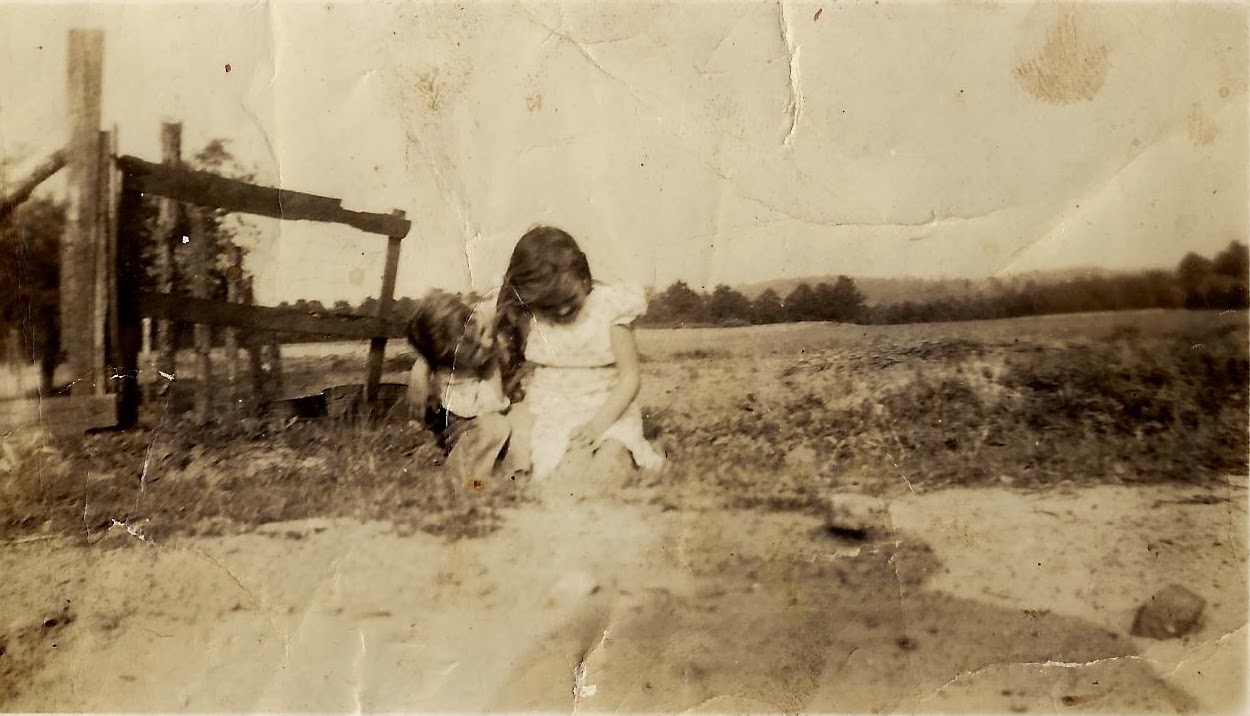 As a child, Sarah Bates Lamanac (daughter of J.B. Bates and Lois Christine Sims) always watched over her cousin, Vernie Grogan. Vernie was the son of Tommy Grogan and Vada Bates.
Posted by Unknown at 12:20 PM No comments: 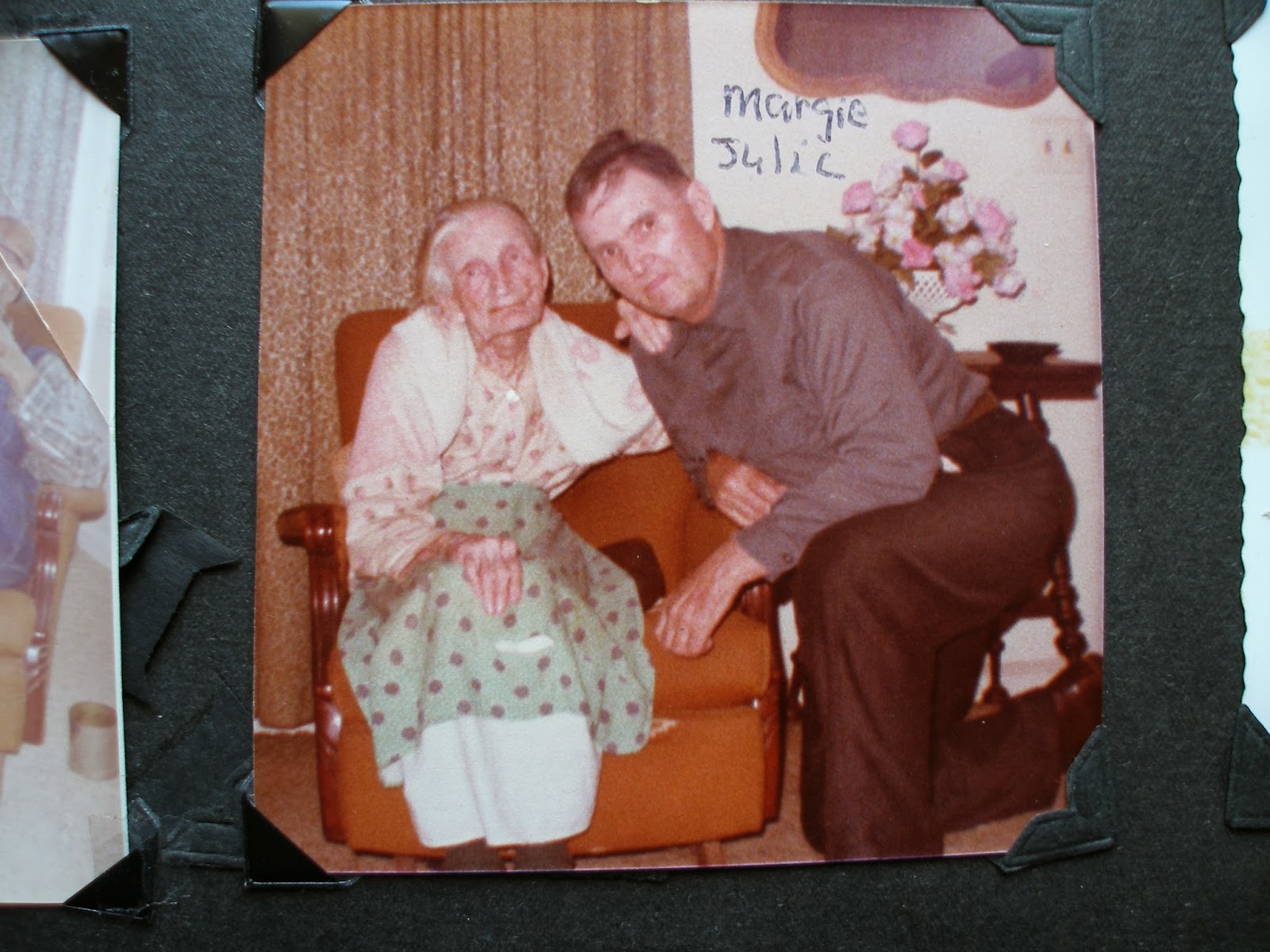 Lucious Wilson and his wife Margie Henderson Wilson. Lucious is the son of Indiana Ward Wilson, who was the sister of our Big Granny Sarah Elizabeth Ward Bates.
Posted by Unknown at 12:18 PM No comments:

I got an email from Juanita Hughes, a columnist for the Cherokee Tribune, asking for permission to use a couple of quotes from my ode to my grandfather, Fred A. Jackson. The entire poem is published in the book my cousin, Jenny Bates Meadows-Sauls, and I co-authored, Oh, Come, Angel Band ~ The Living Genealogy of the Charlton Bates Family. (I will also post it below.)

Jenny gave Juanita a personal copy of the book and included a copy for the Preservation Woodstock family files. Juanita loved reading about the families and the many priceless stories in the book. She said, "It's a shame that other families don't realize the need for preserving these stories." I agree. That is why a team of cousins is now working on the ancestry for my dad's side of the family.

Home is Where Pap Is

Loblolly pines
Standing like matchsticks in Georgia red clay
Pull their canopies up past their bellybuttons
to prevent children from climbing their long, lean, limber legs

A triangular bed of floral fantasies intermingled
with chickweed, wild onion, and Bermuda grass
was home to praying mantas that loved to hide there
This delighted Pap who thought it clever to take hostage
those green sticks with bulging eyes
and attach them to the inside of the screened-in front porch
He warned us that those bugs would eat children who got into mischief

I was disgraced in my high school days
Having to ride the bus to Nanny’s after school
Liberty Heights was known as a low-class sanctuary
But it was convenient to band rehearsal and little league practice
Since Mom worked a real job,
Pap chauffeured my cousins, my brother, and me
in his 1971 green Datsun pickup—
the same one in which he took his twelve intermarried Beagles hunting
The luxurious camper boasted of deluxe seating:
a two-by-six wedged atop the wheel wells
We slid from one side to the other as Pap never did quite get the hang of gearing down
or using brakes to turn a corner

One year, Economy Auto ran a sale on green paint
Pap painted everything:
the house trim,
the front porch,
the rocking chairs,
the metal glider,
the out house
all four dog houses,
and the open wound on the peach tree he’d butchered with a hand saw
I think he even touched up a few scratches on the Datsun.

In springtime, yellow pollen blanketed the entire state
One could tell the transplants from the natives by their sneezes

Norcross grew a four-lane highway to honor Jimmy Carter
when he changed his name to Mr. President
I-285 spread to six-lanes near Spaghetti Junction,
reducing the drive time downtown to twenty minutes
Underground Atlanta awakened from hibernation
with a new face, and Marta could take you there for fifty cents

I’d married by then a man whose job made him a part-time resident,
and me a single parent with a wedding band
but I managed to bear him two young ‘ens
The second child was on her way when
the house on Oak Road next to Nanny and Pap
came to market with the garden lot we’d envied for years
We were hesitant to buy in the faltering ‘hood but the price was right and
my family of three plus one moved in

Living next to my grandparents had its advantages
Nanny cooked at five o’clock everyday
And if my kids did not like what I was having
They trotted across the garden to see what was on the neighbor’s table
Tuesdays after school was especially fine since
Nanny made cookies, or milkshakes to reward the kids for having to put up
with their Momma working a part-time job
on the days when Nanny would give her the day off from gardening

Urban renewal never occurred in Doraville
but minorities took a liking to the low land
My kids never needed diversity training
Barbie dolls and baseball with the Hispanics, Africans, and Puerto Ricans
was a daily multi-cultural experience for them
And since Mrs. Lopez cooked much better than me,
my kids had a third choice of menu at five o’clock

In spite of the commercialization, residential boom,
and industrial takeover of the rural land of Gwinnett County,
native dogwoods will spread their blossoms come April.
Roadsides will hail Queen Anne’s lace, ragweed, and goldenrod all summer.
And I suppose the yards we abandoned years ago will flower
with mums we planted to mark the day
Pap went home for good